Divorce after Adoption – What You Need To Know!

Couples spend a great deal of time, effort and money on adopting a child. It’s an honorable pursuit, and one that couples do not enter with the intention of getting divorced in the future. Life can be unpredictable, and divorce can happen despite your intentions of staying together until death do you part. 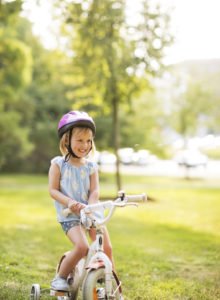 What happens when adoptive parents get divorced? Here’s what you need to know.

Divorce Does Not Affect Your Legal Parental Rights

If the adoption has been finalized, a divorce will not affect your legal parental rights. The birth parents no longer have legal rights to the child, and will not be granted any decision-making capabilities despite your divorce.

Furthermore, the child’s biological parents will have no say in custody arrangements, will not have the right to get the child back and cannot contest the divorce.

An Exception to the Rule

There is one caveat to the notion that biological parents are cut off completely after the adoption.

If a couple puts their child up for adoption with the understanding the child would be living in a two-parent home and you fail to inform the parents that you are planning to divorce during the adoption process, the biological parents may have grounds to argue that the consent given to the adoption was uninformed. In this case, the biological parents’ consent may be voidable, and the child may be returned to them if it’s in the child’s best interests.

Custody, Visitation Will Be Treated the Same as With Biological Children

When it comes to issues of visitation, custody and child support, the courts will treat the adopted child just as they would a biological child. If no agreement can be made outside of the courtroom, the judge will make decisions on support, parenting time and other custody issues based on what is believed to be the best interests of the child.

If the adopted child receives an adoption subsidy from the government, the subsidy will not have an effect on the non-custodial parent’s obligation to pay child support.

Adoption subsidies are given to offset the costs associated with care for a special needs child. The funds a child receives for his or her disability do not affect the parent’s income or ability to support the adopted child. These funds are typically not considered when the court issues a child support order.

It’s important to approach divorce carefully and in an appropriate manner if you have an adopted child. By definition, adopted children have already suffered a previous loss, and the divorce may have a significant impact on the child’s emotional well-being. Counseling can help both adoptive parents and adopted children minimize the negative impacts of divorce.

Financial Strategies for Divorcing A Narcissist

A Man’s Guide to Divorce in New Jersey

How Does A Narcissist Handle Divorce and React to It?

How A Father Can Obtain Emergency Child Custody

This site contains Attorney Advertising Material. The information you obtain at this site is not, nor is it intended to be, legal advice. You should consult an attorney for advice regarding your individual situation. We invite you to contact us and welcome your calls, letters and electronic mail. Contacting us does not create an attorney-client relationship. Please do not send any confidential information to us until such time as an attorney-client relationship has been established.